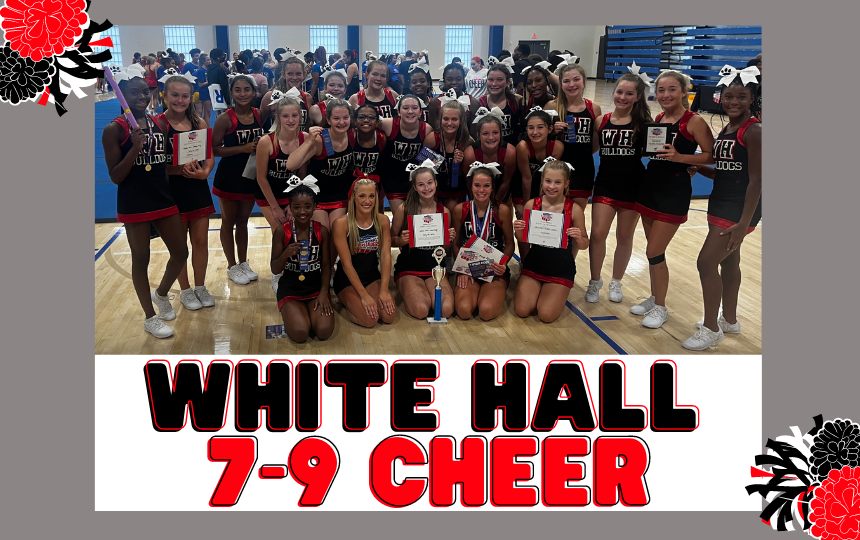 The White Hall 7th-9th grade cheer team recently attended an NCA Summer camp in Bryant. Overall, the team won their first competition by receiving 1st place in the JAM division.  They received a Herkie award on day two and the Camp Herkie award on day 3 for having the qualities NCA was founded on including leadership, teamwork, values, and sportsmanship. In addition, they were awarded a Technical Excellence Award and a Stunt S.A.F.E. Award, 4 Superior ribbons,  a spirit stick, and a bid to Nationals.